The entry fee for the event was by way of a donation, and the proceeds were awarded to the winning team’s chosen charity. £450 was raised on the evening and then doubled through The Lloyds Bank Foundation’s Matched Giving Scheme. As the eventual winners, we were privileged to nominate the Motor Neurone Disease Association as this year’s charity.

Last week we welcomed the local branch of MNDA to our offices in Dalton Square and, together with Rob Walters and Will MacDonald from Lloyds Bank, were excited to present them with a cheque for £900. Tim Preece, Partner at Scott & Wilkinson, who captained his team said, “We were delighted, and a little bit surprised, to win the tournament. The event was great fun and the atmosphere superb, but being able to support MNDA is my personal highlight.”

Anne Harrington from the local branch of MNDA said, “It is only though the generosity of the local community and local businesses that we can support people with Motor Neurone Disease. We are extremely grateful to all the firms and players involved in this event, the sum they have raised is fantastic. Thank you”. 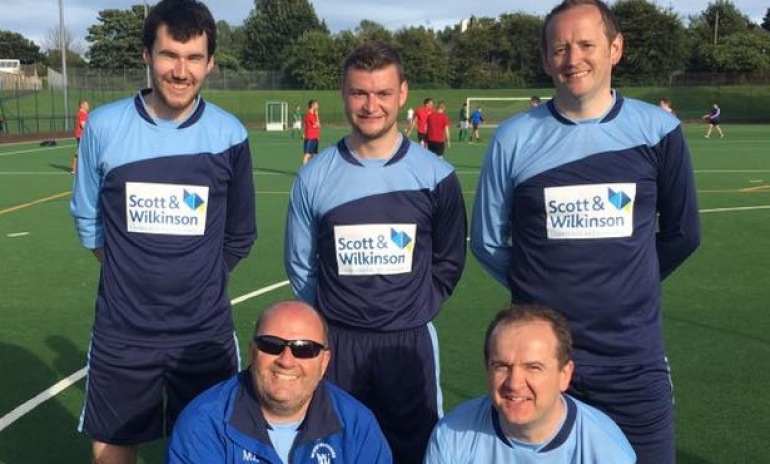